Posted on March 27, 2015 by EasternPennPoints

Any of us can probably name a list of literary worlds, fantasy or not, that hooked us and wouldn’t let go. For me, that list includes Hogwarts, Lyra’s England in The Golden Compass, the underground prisons and above-world Tudor-cum-technological world of Incarceron, Stefan Bachmann’s Faery England in The Peculiar. Each is compelling and unique. What makes them work is the fact that every world-building element permeates the whole story and trickles down through all aspects of the characters’ lives.

Whether vastly fantastical, or just a twist or two away from the world we live in, consistency is key. 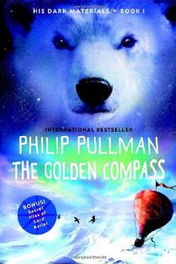 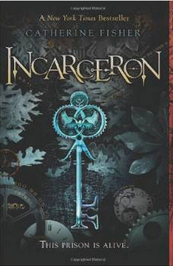 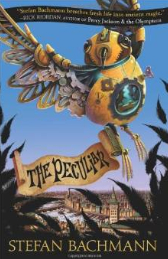 World building isn’t limited to fantasy, of course – any fiction writer has to make their book’s environment feel real and authentic to their readers. And while fantasy can take us into new and exciting places, setting can be a powerful mood-setter in realistic fiction too, signaling a lot about character, and what to expect.

Take Dickens’s books, where the fog drifting through London’s streets gives the city a distinct personality, and the cobwebs and dust around a wedding feast frozen in time in Great Expectations show us all we need to know about crusty, embittered Miss Havisham. 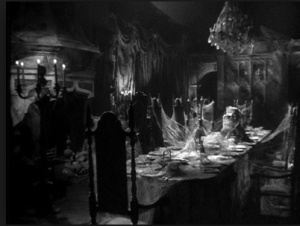 Worlds are literally at an author’s fingertips, our unique experiences filtered and projected out again through a myriad of different lenses. One woman’s home is another man’s castle. One man’s castle is another woman’s school of wizardry, brought to life with moving staircases and animated, talking pictures. The possibilities are endless. And no more so than in fantasy fiction, where we’re not limited by normal laws. We can let our imaginations take us anywhere.

However, fantasy worlds have to have an internal logic that need to be established and adhered to. Our world has physical laws that shape and dictate our experience and expectations. Gravity, for example. If we drop something, it falls. If we fall, there are consequences. We are ground-bound, with weight and mass that anchor us here. Pigs can’t fly, and neither can we. 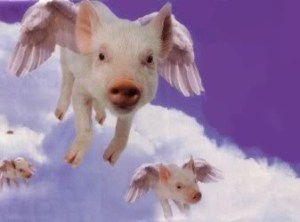 With fantasy, though, all bets are off. Pigs may very well fly. Or do magic. Or be murderous ninjas. Anything goes, as long as the rules of the world have that internal logic. Break those rules, and your brilliant world will shatter just as surely as if, in a realistic novel – or real life – a squealing porker were to fly through the kitchen window and plop into a sink full of dirty dishes.

So what elements need to be considered? Well….everything. I tend to think of it from the outside in: macrocosm to microcosm. Planet to countryside to grain of dust. Political setting to social mores to tiniest individual belief. Are we on Earth, or an earth-like place? If not, what’s different about it? What’s the terrain like? Does it move, like in C.S. Lewis’s Perelandra? (A powerful reminder of what we take for granted!) Is it mountainous, or flat? A small island, hemmed in by endless ocean? A vast, dry wasteland, or a lush, forested continent? Do the trees in that forest have magical powers, and walk and talk? Are they benign or malevolent? 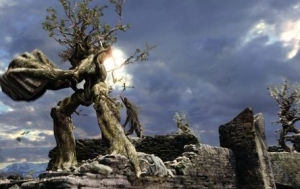 Each choice has a different set of consequences: the geography’s effect on climate; and in turn, their effect on people’s temperament and beliefs. Sunny, rainy, wet or dry, how does weather affect their mood? How do they view of the world? If they live in a remote mountain village, do they even know other people exist? What are their dwellings like? All of these external aspects are fabulous opportunities for going to town on personification, too, investing place with human characteristics. 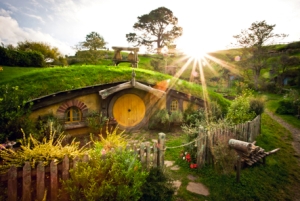 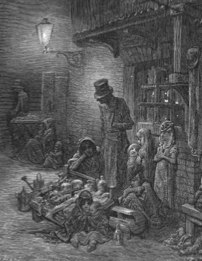 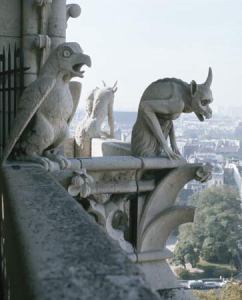 On the socio/economic front, do people work and earn money, or do they use a barter system? What’s their mode of transportation? Just as in ‘real’ life, geographical, political, economical, social and personal aspects all need to interconnect, tying together to keep the reader rooted in time and place – and to the page. 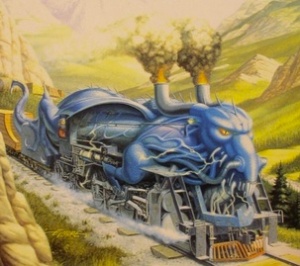 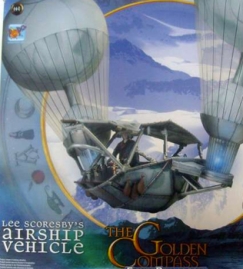 I said up front that I like to start from the outside in, but of course with any story you can start anywhere. In writing The Flame in the Mist the first seed was my main character, a girl trapped in a remote castle. The Mist sprang into my head just seconds later, and though its sinister malevolence evolved over time, everything else—other characters, Jemma’s story, her magical telepathic rats—evolved from the tone it set and the part it plays. Starting with one aspect, then asking a ton of questions about the who, what, when, where and why of it, sets the imagination in motion.

Setting has to be reflected in the characters, and no more so than in fantasy. But fantasy gives terrific leeway for having fun with naming them, reflecting the world and their role in it. I drew from mythology (Nox, Nocturna, Feo – all twists on Celtic gods), literature (‘Drudge’ and ‘Marsh’ were inspired by Mervyn Peake’s Gormenghast trilogy—a great source for expressive and often absurd names, as are Dickens and Jane Austen), as well as simply what felt right (‘Digby’, a name out of nowhere, suggested earthy reliability to me). The sky’s the limit!

If that sounds like a lot to juggle, there’s one crucial glue that helps make it all simpler: Emotional connection. Whatever the style of fiction, whatever the genre, if characters resonate with us as readers, we’ll be hooked. Whether they’re human, animal or alien, we want to feel what they feel. Whether they’re walking along a quiet, familiar country road or flying through a wildly dystopian futuristic citadel, we want to walk and fly with them. To have them stir our hearts and minds. Without that, any story falls flat, and our attention will fly out of the window along with the pig (nice and dry, by now). With it, any world comes alive, and won’t let us go. 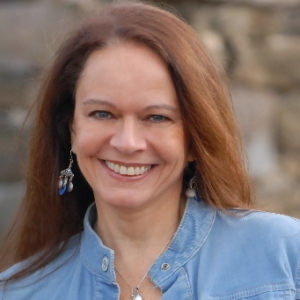 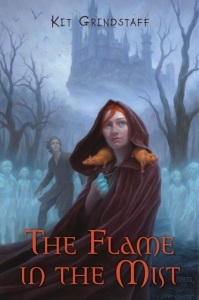 Kit Grindstaff is the author of The Flame in the Mist, the story of fiery-headed Jemma, who, with the help of two telepathic golden rats and her friend Digby, must fulfil a dangerous destiny to stop the evil Agromond family’s centuries-long reign over Anglavia, and the mist and misery they create.

2 Responses to WORLD BUILDING IN FANTASY FICTION, by Kit Grindstaff