Posted on September 28, 2018 by EasternPennPoints 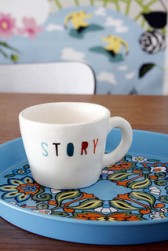 I was recently able to chat with Rick Chillot, editor at Quirk Books in Philadelphia. Rick will be presenting at YA/MG Day in November, and he’ll also be doing critiques, so be sure to sign up here. 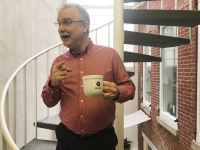 Laura: Hello, Rick. I’m so excited to welcome you to the Eastern Penn Points Café, a virtual café where you can virtually order anything you want. What can we get you?

Laura: That just so happens to be our special today. While it’s brewing, could you tell us about the path that brought you to Quirk Books?

Rick: I’ve been working in publishing for 20+ years, and found myself freelancing from home once again, and pretty much figured I was done with staff jobs. But it never hurts to keep an eye on the job listings, so when I saw Quirk was looking for a writer/editor, I figured I had enough experience on both sides of that “/ ” to make a move.

Laura: Quirk Books is an independent publisher that’s had some exciting and unconventional successes. What do you look for when acquiring books?

Rick: We want to give readers something they haven’t seen before, but something we’re confident they’ll like. It’s not enough to be unconventional, it has to be an idea that has a clear audience. People send me plenty of unconventional book ideas, but many of them are things that nobody in their right mind would want to buy! 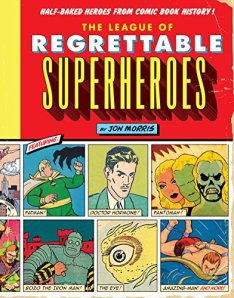 Rick: Those books, soon to be joined by The League of Regrettable Sidekicks, reveal that there used to be plenty of superpowers that never hit the big time the way flying and super strength did. I might pick The Eye’s power to turn into a giant eye … except I’m not sure he could turn back to normal, so maybe that’s not so good.

Laura: Quirk also tends to publish some pretty wild mashups, including the William Shakespeare’s Star Wars series. If you were to create your own mashup what would it be?

Rick: I wish someone could mash up a cake and a pie into one delicious dessert.

Laura: Coincidentally, that’s next week’s special here at the Eastern Penn Points Café. You’ll have to come back. In the meantime, can you give us a sneak peek into what you’ll be sharing with us at our YA/MG Day in Lancaster?

Rick: I’ll be sharing everything I can think of about how to pitch your book idea to a publisher. All the stuff I wish I’d known.

Laura: I can’t wait! Thank you so much for chatting with us. We’re looking forward to seeing you in November!

Rick: Looking forward to it!

Register for YA/MG Day by October 5 to sign up for a critique from Rick or one of the other fabulous faculty members.

Rick Chillot is an editor at Quirk Books, a small, independent publisher located in Philadelphia, PA. In his 25+ year publishing career, he’s been a writer, editor, and content planner for magazines, books, newspapers, websites, newsletters, specialty publications, and other formats. Titles he’s worked on at Quirk include the William Shakespeare’s Star Wars series, the Nick and Tesla series of middle-grade novels, and Garrison Girl, a new YA novel set in the world of the popular Attack on Titan anime series. 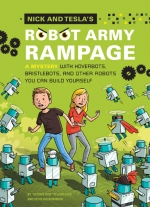 Quirk Books favors fiction that supports an interesting design (The Nick and Tesla books include instructions for creating the gadgets used in the stories), fiction that intersects with pop culture (our Pop Classics picture books reinterpret favorite movies like Home Alone and E.T.), and fiction that reinvents familiar tropes (Geekarella is a YA novel that retells the Cinderella story at a science fiction convention). Whatever the genre, we want ideas we haven’t seen before and authors with enough command of their craft to make their weirdest stories entertaining and accessible to readers hungry for something different.