Posted on March 31, 2020 by EasternPennPoints

Here’s some exciting news from members in our region this month: 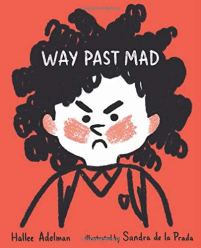 Hallee Adelman launched her new picture book this month entitled Way Past Mad (Albert Whitman & Co.). With illustrations by Sandra de la Prada, Way Past Mad tells the story of Keya who is so mad she kicks rocks and yells at her best friend. When that makes her best friend mad, Keya has to find a way to make things right. Hallee held her book launch at Children’s Book World earlier this month.

Sally Morgridge at Holiday House has bought world rights to Everywhere Blue by Joanne Rossmassler Fritz. The debut novel in verse is about a twelve-year-old girl with an undiagnosed anxiety disorder who loves music, math, and everything in its place. When her older brother disappears from his college campus, her family starts slipping away from her. Publication is set for summer 2021.

Linda Oatman High will be teaching an online course at the Writing Barn called “Finding your Unique and Quirky Voice.” The course is designed for writers of fiction and narrative nonfiction (children’s, young adult, and adult) who are searching for their writer’s voice; writers at any stage of writing (beginner to published, first draft to stuck-in-the-middle to polishing-the-revision); writers who are outlining or conceptualizing a new project; and writers who have plotting down pat, but need some spark in their characters’ voices. The course will be held online on May 9, and you can register here.

Author K. M. Walton recently collaborated with York County Libraries for their teen program, “Part of the Story.” In this program, teens select a book with topics surrounding their everyday lives. This year’s theme was mental illness and bullying. After reading the book, teens met for a day of discussion, creativity, and engagement. Their objective—How can their discussions make an impact in their communities? From small discussion to highway billboards, Part of the Story gave teens the chance to let their voices be heard in a big way. Check out the program in this video.

Kokila Books has acquired the world rights to A Cot in the Living Room, a picture book by Hilda Eunice Burgos that follows a Dominican-American child’s journey from jealousy to empathy as her parents babysit young people from the neighborhood whose families work night shifts. Publication is set for summer 2021 with illustrations by Gaby D’Alessandro.

Hilda will also have a short story appearing in an upcoming anthology entitled Calling the Moon, which will be edited by Aida Salazar and Yamile Saied Méndez. Calling the Moon will feature middle grade stories and poems about menstruation that reflect a range of emotions, experiences, and cultural, ethnic, racial, and gender expressions. The anthology was bought at auction by Candlewick Press and is planned for release in spring 2022. 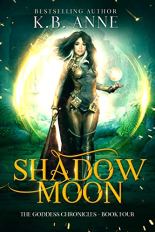 Shadow Moon, the fourth book in The Goddess Chronicles series by K. B. Anne (Kim Briggs) was released last month with a new character, Caer. In this book, Gallean fears the day Caer, Gigi, and Scott are prophecied to come together, for then the trí chumhacht, the three powers, will be set into motion. These three can barely control their own magic, let alone be able to handle their combined forces. But, when three gods walk into a wizard’s keep, there’s bound to be trouble​—and a good bit of mischief. Kim also released a bonus novella, The Druid Sisters of the Gallicenial, which can be read as a standalone or as part of the series.

If you have good news to share, please send it to epa-ara@scbwi.org to be included in next month’s Member News column.