The Best, by Anthony D. Fredericks 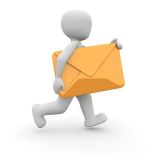 Recently, a former high school classmate contacted me and asked if I would be willing to review a story she was submitting for publication. I readily agreed and, soon thereafter, her story arrived. In her prefatory remarks, she included the following statement: “I made three false starts and wasn’t thrilled with what I submitted, but did anyway in hopes that an editor’s critique might help me.”

I spent the rest of the morning composing an emphatic response about the importance of ALWAYS submitting your best work . . . not your “okay work” . . . not your “maybe work” . . . and not your “perhaps work.” I explained (with some occasional, but necessary, ranting) that anything less than her best work is a disservice to the craft of writing as well as the integrity of writers. It’s cheating whoever reads it and cheating herself (as a budding professional). I told her that the best reputation you can have as a writer is to always submit your best. Never second best, never half-done, never “in hopes that an editor’s critique might help me.” In submitting anything less than your best, you sell yourself short. 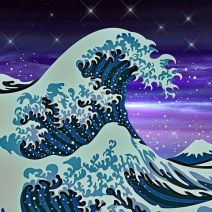 In early 2005, my wife and I took a two-week trip to Hawaii. While there, I heard stories about a devastating tsunami that hit the Islands on April 1, 1946. I visited the Pacific Tsunami Museum in Hilo and talked to a leading tsunami expert at the University of Hawaii. I eventually came away with a story about the tsunami’s effect on a single family. When I returned home, I began drafting a fictionalized account of that family for a potential children’s book entitled The Tsunami Quilt: Grandfather’s Story. The story took me eleven months and twenty-six drafts to write. I wanted each word to be the perfect word, each sentence to be meticulously crafted, and each paragraph to be thorough and precise. I wanted this story to be at its best!

Eventually my agent submitted the story to Sleeping Bear Press. A few weeks later an editor wrote and said she “absolutely loved this story.” A contract was signed and she plunged into her editorial responsibilities. A month later she wrote me and said that, “I only needed to modify three sentences. Everything else was perfect!” She implored me to send additional book manuscripts. My reward: two more contracts with Sleeping Bear Press (A is for Anaconda: A Rainforest Alphabet and P is for Prairie Dog: A Prairie Alphabet). The final rewards: The Tsunami Quilt: Grandfather’s Story (https://amzn.to/2WKtkOe) won the Storytelling World Awards Honor (2008) and was included on the Bank Street College of Education Best Books of the Year List (2007). It’s also accumulated some pretty nice five-star reviews on Amazon.

It has been said that writing is all about revising and rewriting. The early words you put into the computer will not be your best, nor will they necessarily be the final words in your book. They are, quite simply, early stuff. I always consider those initial drafts as visual representations of what’s inside my head: they are beginning ideas, thoughts, and concepts recorded on a computer screen. They may be nothing more than a random and haphazard collection of words, sentences, and (rarely) paragraphs. They are without form, messy, and frequently chaotic. It is from this jumble of disorganized and messy thoughts that a book will arise.

However, what makes a book a book is the level of revision we put into it (see last month’s column). Throwing words on a computer screen is just a first step. It’s what we do with those words, over time, that will spawn a book that parents, teachers, and the kids themselves will want to read—hopefully over and over again. 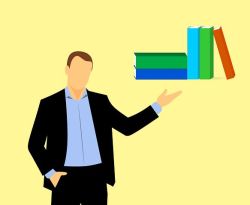 For several years, I taught an undergraduate course on “Writing Children’s Literature.” As expected, there were several required writing assignments. I always gave students the option of submitting as many drafts of an assignment as they wished. On each draft of a paper, I often penned some open-ended questions (e.g., “How do you think this character’s major flaw could be highlighted with dialogue?”) along with various suggestions for improvement (e.g., “Consider strengthening your verbs and eliminating some adjectives.”). When a student felt she was ready to submit a final draft (for a grade), she had to place it directly in my hands (rather than leave it on the classroom desk or slide it under my office door). I always looked her in the eye and asked, “Is this your best work?” Often, the answer was, “Yes.” Other times, she would look at me sheepishly and say, “You know what? I think it might need another revision or two.” 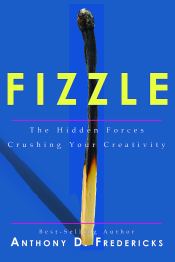 A retired professor of education and resident of York, PA, Tony is an award-winning writer of more than 50 children’s books. His latest adult trade book, Fizzle: The Hidden Forces Crushing Your Creativity (https://amzn.to/3cjY6Ez), has had its release date pushed back to October 1, 2020. In the meantime, readers interested in free materials to assess and enhance their own creativity can access them on Tony’s website (www.anthonydfredericks.com).

1 Response to The Best, by Anthony D. Fredericks