A Cafe Chat with Author-Illustrator Lee Harper, by Berrie Torgan-Randall

Posted on June 25, 2020 by EasternPennPoints 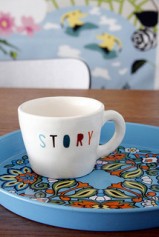 Welcome to our first Illustrator Day 2020 café chat faculty interview with author-illustrator Lee Harper, our keynote speaker. This year, Illustrator Day will be a virtual event held on Saturday, September 12, 2020. For more information about the event and to register, click here.

Berrie: Hi Lee! It’s a hot, sticky, day in Eastern PA and I have a glass of iced tea making water rings on my studio table. What are you drinking today to keep yourself cool?

Berrie: Would you like a sticky bun to go with that or maybe a fresh egg from your herd of chickens?

Lee: They both sound good, but I think I’ll go with the sticky bun since my spring water’s been filtered through coffee grounds.

Berrie: When I visited your barn during your studio tour a couple of years ago it was the first day for your lambs. How many more animals have you adopted since your studio tour?

Lee: We recently added two Suffolk sheep, bringing the sheep count to five. It feels like a nice-sized herd now. This spring we also adopted ten chickens: four Orpingtons, two Phoenix, two Red Game, one Sicilian Buttercup, and a mystery chicken. The mystery chicken was part of a mail order deal where if you by six you get one free. (Yes, you can order chickens by mail. They put air holes in the box.)

Also new to the farm since you visited is our Great Pryrenees, Maggie. Ostensibly, her job is to protect the chickens and sheep from fox. In a sense she’s been successful. The fox aren’t the ones eating the chickens anymore.

Berrie: How did you get your portfolio in front of the right people to illustrate the first Turkey Trouble book?

Lee: I met Robin Benjamin, an editor at Marshall Cavendish, while participating in a portfolio showcase at an Eastern PA SCBWI Pocono Retreat. She liked what she saw and a few weeks later called with an offer to illustrate a story she’d recently acquired: Turkey Trouble by Wendi Silvano. This was shortly after I signed my first contract with HarperCollins, which was also a result of a connection made at an SCBWI event. I tell you about the Woolbur contract because I think the fact that I was currently working on a book with HarperCollins helped me get the contract with Marshall Cavendish for Turkey Trouble. With Woolbur it was a one-on-one portfolio review at a Fall Philly event with HarperCollins art director Stephanie Bart-Horvath. During the review she invited me up to the main office in New York to meet with the rest of her group, and a few months later they asked me to paint a sample for a baseball-themed picture book they thought suited my style. I painted half a dozen samples! They loved them, but there was still one problem. The author hated them. I didn’t get the job. By this point I was thinking I may never get the opportunity to illustrate a picture book, but the following week HarperCollins called again, this time to offer me my first contract, no samples required.

Berrie: Woolbur is such a sweet story about self-assurance and self-confidence. What did you learn from the story while illustrating the first ​Woolbur​ book and from the second book, ​Ready or Not, Woolbur Goes to School?

Lee: Woolbur changed my life both personally and professionally. On a personal level, Woolbur taught me to be more relaxed in my parenting. In the story, Woolbur, Maa, and Paa are always worrying because Woolbur is a little different from the other sheep. I could totally relate. At the time I was illustrating Woolbur, my youngest son, Dan, was in first grade, and his unusual antics were worrying his mother and me. But in the story Woolbur, Grandpaa wasn’t worried and advised Maa and Paa not to worry. Woolbur would be fine. As I continued working on the illustrations and Maa and Paa’s worrying became sillier and sillier, I began to realize Grandpaa was right. The experience of illustrating Woolbur helped me learn to celebrate Dan’s individuality a little more instead of worrying so much, and Dan did turn out just fine. I also learned a lot about the technical aspects of illustrating from Woolbur. I was incredibly lucky to have an art director who was willing to hold my hand and lead me through the entire process. And of course, I learned a lot about all things sheep related. I visited a lot of sheep farms while gathering inspiration for Woolbur, and some of the people I met at that time became close friends. It also led to me become a sheep farmer myself! The second Woolbur book didn’t come out until ten years and eight books after the first. In the gap between books, my palette, the paper, and the brushes I used had all changed. But HarperCollins wanted the second Woolbur book to stylistically match the first, so I kind of learned how to time travel with the second Woolbur. I returned to sable brushes and cold-pressed watercolor paper when I painted Ready or Not Woolbur Goes to School.

Berrie: What does your creative routine look like in the morning, or are you a night owl?

When my children were young I did the bulk of my creating while they were at school. Now that I’m an empty nester, for the first time in my life I have the freedom to follow my own natural work rhythms. Now I typically wake up at four or five in the morning and work until sunrise. Those quiet hours before dawn are my most creative, and I find it to be the best time to lay out the work for the rest of the day. It’s also a good time to do light box work. At sunrise I let all the animals out, feed and water them, then have breakfast. After breakfast I work until lunchtime. After lunch I take a half-hour nap, work until about three, and then call it a day. That’s usually when I go on a walk or bike ride. After that comes the evening farm routine . . . putting the animals away . . . mending fences . . . there’s always something. Needless to say, I go to bed pretty early.

Berrie: You attended The Pennsylvania Academy of the Fine Arts and studied painting. How did you get your start in illustrating children’s books?

Lee: I’ve always liked narrative art forms such as cartooning and filmmaking, so it was kind of a no-brainer for me to go into picture books. But it wasn’t until I had kids of my own and read them a zillion picture books that I really began to seriously think about giving picture books a try. The first attempts I made were illustrations for stories my kids and I made up during our many long canoe trips. None of that work was ever published, but it was a start. It helped me learn how to illustrate in a way that was appealing to children. It was helpful to have young children around the house to use as a focus group. Some of my firsts attempts at picture book illustrations were actually very beautiful, but uninteresting to my young critics. I quickly learned I needed to punch up the action and expressiveness.​

Berrie: Were there any children’s books that you read to your children growing up that your kids demanded you read over and over?

Lee: I kind of feel like my children demanded every book I read to them be read over and over again, so I decided to let them answer this question.

Will: The Hungry Caterpillar.

Berrie: This is the first time Illustrator Day will be held virtually. What do you think will be the pros and cons of having an event in this new format? I’m personally looking forward to staying in my cozy pants all day.

Lee: I much prefer interacting with people in real life. But doing virtual presentations does have some benefits. One of the things I think is cool is that in a virtual presentation you can get a closer view of my working environment than would be possible in a real-life presentation. The cozy pants aspect is also a big plus.

Berrie: Any more Turkey Trouble books in the works?

Lee: Yes. The most recent book in the series, Turkey’s Eggcellent Easter, made Amazon Charts top twenty, which resulted in Wendi and I being signed-up to create two more. I finished the illustrations for the fifth book in the series, Turkey Goes to School, in June, and by the time of the conference I will have begun working on the sixth, A Turkey Valentine. I’m very excited about them both. Wendi has once again come up with some really fun and super silly adventures for Turkey.

Berrie: Thank you for joining me for this virtual café chat. It’s been a joy and a pleasure talking to you. BTW—if Stella (Lee’s adorable German Shepard who was the model for ​Ready or Not, Woolbur Goes to School) ​has puppies, can you save one for me?

Lee: It’s been nice talking to you, too. Unfortunately, Stella won’t be having puppies, but Maggie still might. Great Pyrenees are great dogs, as long as you aren’t looking for a chicken guardian.

Lee Harper is a picture book author-illustrator best known for his whimsical illustrations for the Turkey Trouble and Woolbur series. His publishers include Two Lions, HarperCollins, Simon & Schuster, and Scholastic. Currently, Lee is illustrating the fifth and sixth books in the Turkey Trouble series. You can visit his website at www.leeharperart.com.

2 Responses to A Cafe Chat with Author-Illustrator Lee Harper, by Berrie Torgan-Randall