A Cafe Chat with YA Author Jamie Beth Cohen, by Lindsay Bandy

Posted on October 14, 2019 by EasternPennPoints

We’re back at the Cafe, chatting with YA Author and Fall Philly faculty member Jamie Beth Cohen! Jamie’s going to be sitting on our Diversity Panel and leading a fantastic breakout session on November 2, so if you haven’t registered yet, please do! 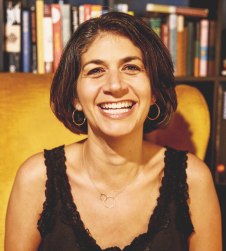 Hi there, Jamie, and welcome to the Eastern Penn Points Cafe! As we settle in, what will you have to drink?

Decaf, almond, no whip Mocha … I’ve been dairy-free since 2012 and I’m super-sensitive to caffeine, so even decaf gives me a little buzz, but I am a BIG fan of chocolate.

And how about something to eat?

The dairy-free thing eliminates most baked goods from my diet (sad face) so, I guess a fruit cup? Unless there are French fries around here, because French fries are my favorite food.

First off, congrats on the success of your debut YA novel, WASTED PRETTY! We’ve been following each other’s publishing journeys for several years, and I’m so excited for you. What has surprised you most about being a debut author?

Thanks so much, Lindsay! I’m excited for you, too! This is going to sound like a downer, but I don’t mean it that way. The most surprising thing about my debut year is that regular life doesn’t stop for your book release. Like many debut authors, I have a day-job and a family and interests and commitments outside of writing. When I was a second-grader, dreaming of being a published novelist, I didn’t factor in things like the need for health insurance and how little money most people make writing. But really, I don’t mean this as a downer, more as a cautionary tale. I’ve had to work to make my debut year feel special because I was also juggling so many other things. But it has felt special! It just took A LOT of logistical planning to carve out some celebratory time.

Can you tell us how you found your publisher, Black Rose Writing?

I was in the query trenches trying to find an agent with WASTED PRETTY in 2015 and again in 2017. I also did #pitchwars twice with this manuscript. As I got closer to that magic number of 100 rejections, I started to research small presses that were open to direct submissions. Two of my writer-friends had published with Black Rose Writing and they were having good experiences, so I subbed to BRW. Having writer friends is so important for so many reason, but especially in this case, because I don’t think I would have felt comfortable going with a small press if I didn’t know someone personally who had pubbed with them. Thanks to my friends who were with Black Rose Writing, I knew exactly what I was getting into, which is really important because going with a small press has pros and cons.

In addition to YA fiction, you’ve published many nonfiction articles and poems, including impressive bylines in Teen Vogue and The Washington Post. Across genres, what drives your writing? 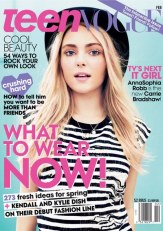 I tend to write about difficult things, the kind of things people would prefer I didn’t talk about at dinner parties. For example, WASTED PRETTY is a sex-positive book that also deals with sexual assault, and my published essays cover feminism, parenting in the current political and ecological climate, end-of-life issues, and antisemitism. No matter what I’m writing, I’m looking to unpack things that have happened to me in hopes of helping other people who have experienced similar things and may feel alone. I’m always striving for emotional authenticity and connection with the reader.

At Fall Philly, you’re going to be presenting on reaching reluctant teen readers. Can you give us a little teaser of what to expect from your breakout session?

Well, I was a reluctant reader, so I’m going to touch on my personal journey from reluctant reader to published author, but we’ll also do some writing exercises, and talk about why some teens are reluctant readers and why it’s still important to write for them. 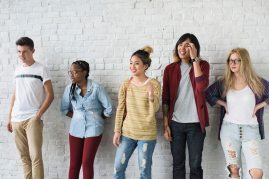 You’re also going to be participating on our panel about writing inclusively, accurately, and sensitively. What’s one question or misconception you’d love to address on the panel?

I’d like to address the issue of push-back against the #ownvoices movement. I’ve heard a lot of writers (and other artists) say, “If I can only write from my own perspective, I’ll eventually run out of stories to tell,” and while I understand that concern, I think it’s really important to remember that publishing is a business. So while a white writer might want to write a story that centers on a Black character — with nothing but positive intent — the reality is, statistically it’s going to be easier for that white writer to get published than it would be for a Black writer telling the same story. When viewed through the lens of the business, it becomes more clear that if what you’re intending to do is lift up the stories of Black people, but you’re doing it at the expense of a Black writer being able to sell their own story, are you actually working against your own aim? In the on-line non-fiction circles I’m in, the question often comes up, “Are you the best person to tell this story?” and I think that’s a valid question in fiction also, especially for Kid Lit authors who are helping shape the next generation of decision makers.

Okay, so, there’s some debate about whether WASTED PRETTY, which is set in the 1990s, is contemporary fiction or historical fiction. (Clearly, since I remember wearing scrunchies and over-sized tees the first time around, it’s contemporary – but to teens born in the new millennium, it feels like history!!) This is a story that has great teen and adult appeal, so I’m wondering how you’ve approached marketing. Have you reached out to your teen and adult readers via different avenues?

I’ve got to be honest, marketing, for me, is like throwing spaghetti at the wall and seeing what sticks… I have a presence on Instagram and Facebook and Twitter, but I’m not convinced any of those platforms have helped actually sell books. Because I’m an extrovert, my favorite thing to do is in-person events. I’ve done several adult book groups, and I had a great one this summer with teens and adults together — that was a blast! As you might imagine, there’s a nostalgia factor in WASTED PRETTY for the adults, but it seems I’ve done enough “world-building” that the teens can jump right into that time period and get a lot out of it. The book has become a conversation starter for teens and their adults and that has been really gratifying to watch.

Book as a kid: Tuck Everlasting

Song or album: Oh my gosh, people have just one? That’s a thing? Oy! Let’s go with “Silent All These Years,” by Tori Amos

Thing about the 90’s: The music, almost all of it!

Thing about the 90’s re-load in 2019: That my daughter saw me with a choker necklace on at my book release party and finally thought I was cool!

Job other than writing: Scooping ice cream in Pittsburgh in 1992

Cute Buddy the Cat antic (our cats look like twins!): Man, that cat! He’s the sweetest, cuddliest, fluff-ball at 3am, but the rest of the time, he’s a biter! I’m sure there’s a lesson there somewhere!

Thanks so much for stopping by, Jamie! Can’t wait to see you in November!

1 Response to A Cafe Chat with YA Author Jamie Beth Cohen, by Lindsay Bandy